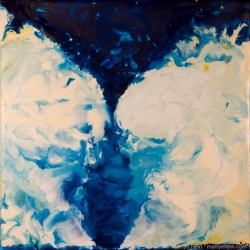 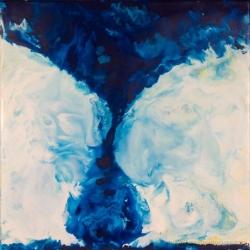 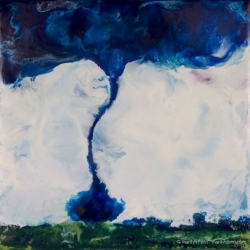 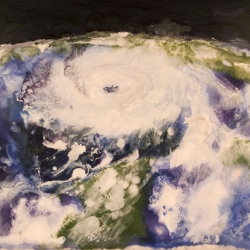 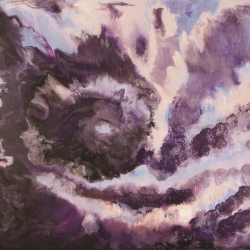 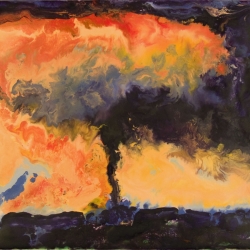 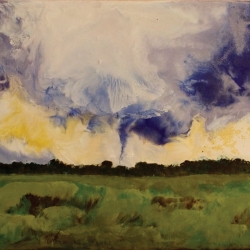 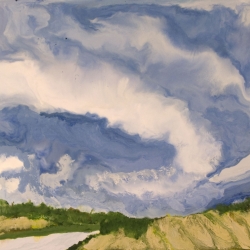 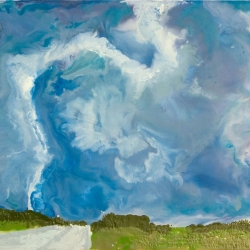 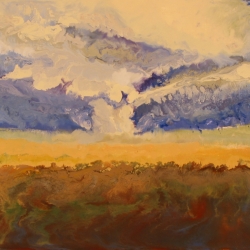 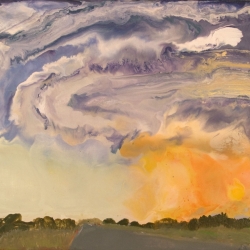 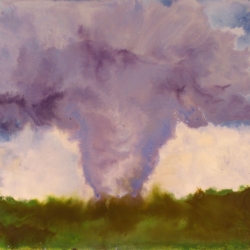 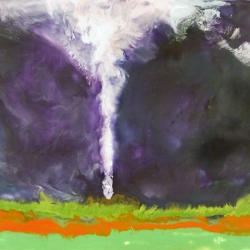 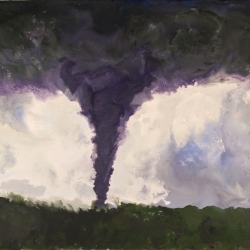 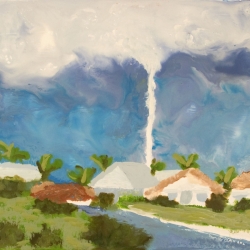 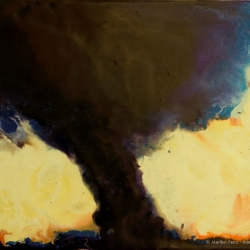 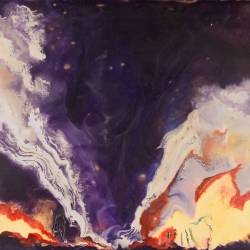 “Most storm chasers use a camera.”

My series of Tornado images is fueled partly by my concerns about global warming and partly by my fascination with the imagery and science of clouds and weather systems. I imagine the Earth as seen from space — a beautiful blue planet surrounded by an atmosphere of swirling, white, life-giving clouds; they spin in their own chaotic way in relation to the spin of the planet, causing a myriad of different weather events for the inhabitants below. Sometimes the events cause tremendous havoc for the people of earth, such as when tornadoes or hurricanes hit inhabited areas. From another point of view, it’s just nature being nature, and the cloud-forms are both awesome and gorgeous.

The medium of encaustic seems particularly suited for making paintings of tornadoes, as I use heat and air to blow the wax medium and pigment around on the surface and fuse the wax layers together, while it is heat and wind that cause the amazingly destructive qualities of tornadoes. It is kind of a Zen way of painting, as the effect of heat and air on the melted wax medium and pigment cause unexpected and quite beautiful moments to occur in the paint, though it’s also very easy to lose some of those moments in the search for the image. The image is usually based on a photograph of an actual tornado, but may evolve during the process into something quite different.
Scroll to top